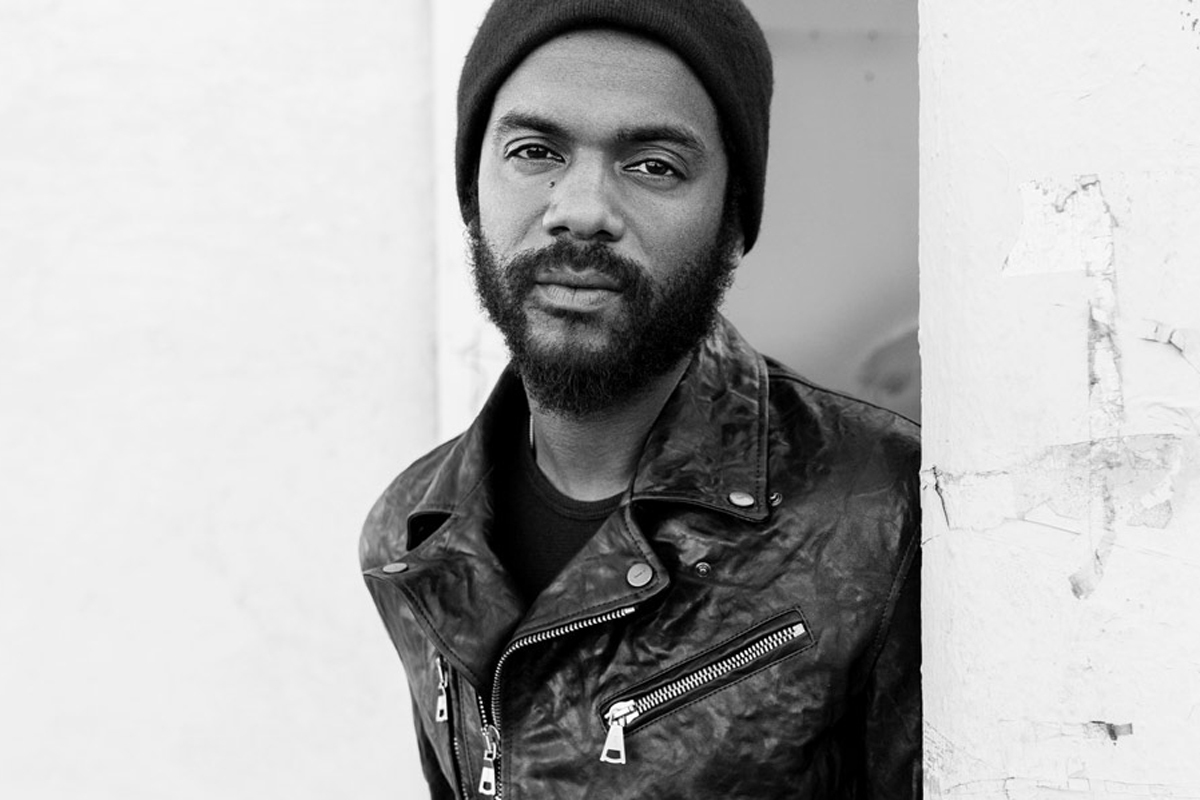 He owns it all on This Land, which won 3 Grammy awards and is his third studio album for Warner Records, is sure to be seen as a breakthrough in establishing just how much stylistic variation Clark has at his command. There are plenty of the guitar-hero sounds that have already established him as a headliner, with tunes that reiterate that Cream influences always rise to the top, from a guy who’s long since come to be considered by Clapton as a friend and contemporary, not just acolyte. But if a lot of fans would consider Clark the closest thing we have to a modern Hendrix, what comes through implicitly in This Land is the sense of just how much Jimi loved and borrowed from Curtis Mayfield. You can think of Clark as one of the last of the real rock gods, along with fellow master singer/guitarists like Jack White, John Mayer, or the late, great Prince and the new album certainly won’t do anything to diminish that perception. But This Land is also a great soul record — one in which it’s easy to hear the lineage that connects Muddy Waters and Childish Gambino, with distinct nods to Marvin Gaye somewhere in the middle.

You’ll hear strains of Gaye not just in Clark using his falsetto more than he ever has before. It’s in the mixture of social consciousness and sensuality that was a matter of course for records like “What’s Goin’ On”… not to mention “Sign O’ the Times.” Obviously you hear the awareness of what’s goin’ on in the song This Land itself, in which Clark finds himself “paranoid and pissed off” among well-heeled neighbors who “think I’m up to something” just because his family doesn’t fit the local demographics. The attention to the greater good also informs “What About Us,” which has Clark announces that “the young bloods are taking over” — something he says to a fictional figure who recurs in several songs, “Mr. Williams,” a guy who could be a past-his-prime neighborhood boss… or, who knows, a stand-in for some bigger political figure who also has to go. “Feed the Babies” brings in the brass to augment a call for understanding that’s a pleading, purposeful antidote to the raw nerves of the title song.

Yet Clark also uses the album to get more personal than he ever has on record before, often assessing the tough balance between career and family. “Pearl Cadillac” is a payback to a mother’s devotion. He’s the parent in “When I’m Gone,” preparing a child for yet another trip away on the road, a topic he also takes up with a significant other in “Guitar Man,” where he’s weighing the “stamps in my blue book” and the fellowship of the road against the fear of a toll taken by time apart at home.

But if it’s the ballsy tropes of rock, blues and R&B that you’d like a fresh spin on, This Land hardly foregoes the twin towers of swagger and regret. “Friday night and I just got paid/I’m out looking for some trouble,” he sings in “Feel Like a Million,” a number that starts out as Peter Tosh and ends up somewhere closer to an arena-rock anthem. He’s found that trouble and then some in “Don’t Wait Til Tomorrow,” a balladic plea to the woman at home to forgive dalliances, with the knowledge that she may exact some what’s-good-for-the-goose revenge. “Low Down Rolling Stone” is an affair-ending lament from a wayward soul who’s discovered “darkness is my comfort zone.” But there’s no sorrow — yet – in a pair of kick-ass “got to” songs. “Got to Get Up” brings on the trumpet as Clark repeats “Kill ‘em all!” like the rock mantra it is, and “Gotta Get Into Something” finds him reaching to pure Chuck Berry territory… or maybe not so pure, since there’s something positively Ramones-y in his take on furious proto-punk rock and roll.

It may sound diffuse as an album, but it all holds together as part of a singular vision from Clark and his co-producer, Jacob Sciba, a longtime Austin friend and chief engineer at Arlyn Studios where most of This Land was laid down. Clark has had interest from some of the top producers in music but has found most of them are interested in bringing out just one aspect of his multi-faceted musical persona. Sciba is the pal and sonic wizard who comprehends the scope of what Clark does, and welcomes it… and is faced with the challenge of making something sonically coherent out of all these styles.

How to position Clark has been a cheerful problem from the start, since he was a blues aficionado who loved hanging with the hip-hop kids just as much as he relished going to local Pinetop Perkins shows. He grew up watching music television, but not so much MTV. “I kind of got introduced to everything by watching ‘Austin City Limits,’ which had Buddy Guy, B.B. King, Bonnie Raitt, Jimmie Vaughan, Robert Cray,” he’s said. “It all kind of hit me at once, and I just loved anything that sounded bluesy or rock & roll that felt dangerous and had loud guitar solos up front. Ultimately I figured out where it all came from, and I think the thing that really resonated with me was guys like Albert King and Freddie King — the three Kings,” along with B.B. Soon, as a barely-teen prodigy, he was making his way out in to the real world, being mentored by Austin club owner Clifford Antone as he hooked up with every available local legend.

Local legend Doyle Bramhall brought him to meet Eric Clapton at a Crossroads Festival in 2010, where they jammed with Sheryl Crow. A year later, his Warner Bros. debut release Bright Lights EP became the first EP ever to get the lead review in Rolling Stone, which wrote, “A genuine 21st-century bluesman, raised on the form in all its roughneck roadhouse glory but marked by the present day? That’s been as hard to find as a 21st century clockmaker.”

But Rolling Stone may have really been on to something when the magazine got past his prodigious licks and added, “Suddenly you can envision him dueting with Adele, swapping tunes with Jack Johnson or singing hooks for Nas.” Not all those collaborations came to be, but soon enough he was asked by Alicia Keys to co-write and play guitar on “Fire We Make,” a song from her Girl on Fire album, not long before he released his Warner Bros. Records debut album, Blak And Blu, in 2012. Not long after, "Ain't Messin Round", from Blak And Blu was also nominated for Grammy in 2013 and in 2014, Clark had won his first Grammy for Best Traditional R&B Performance for the track "Please Come Home", from that album. Before long he was benefitting from the advocacy of the Rolling Stones, who’ve repeatedly enlisted him as an opening act and on-stage guest. He played for the Obamas at the White House alongside not just Mick Jagger but B.B. King, Jeff Beck, and Buddy Guy. On a prime-time tribute to the Beatles, he performed alongside Dave Grohl and Joe Walsh. On a similar TV tribute to Stevie Wonder, he teamed up with Beyoncé and Ed Sheeran. On record, he co-wrote and played guitar on Childish Gambino’s “The Night Me and Your Mama Met.” In 2017 he was widely praised as a standout among standouts at the MusiCares benefit honoring Tom Petty & the Heartbreakers, making two appearances that night, one by himself and once in collaboration with the Foo Fighters, huge fans who had recorded with and taken Clark out as their opening act before he graduated to major headliner status.

When the (then-) president of the United States has not only included you on his famous Spotify playlists but called you “the future,” is there anywhere to go from there? This Land proves there is — and it’s a genre-free future that encompasses virtually the entirety of electric roots music and African-American forms and moves forward from there. It’s a landscape that’s his eminent domain.

Back to Meet the Band